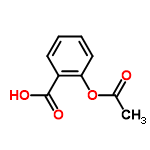 A daily dose of aspirin could save you from a heart attack or stroke, but almost a quarter of a million Americans could be hospitalized each year because of gastric bleeding – a complications of taking the drug.

A study by cardiologists at the University of Kentucky College of Medicine, the Institut de Cardiologie-Centre Hospitalier Universitaire PitiÃ©-SalpÃªtriÃ¨re in Paris, France, and the UK HealthCare Linda and Jack Gill Heart Institute have found that the commonly prescribed 325 mg adult tablet is a lot more than most people will need to reduce their risk of cardiovascular disease each day. Their findings published in the Journal of the American Medical Association, suggest that an infant dose of aspirin, containing around 80 mg of the active ingredient is adequate for preventing cardiovascular events in the long-term and has the advantage of a much lower risk of gastrointestinal bleeding.

The researchers carried out a meta review of published clinical studies data on aspirin use and found no large-scale studies that supported higher doses of aspirin, even for patients with diabetes who are tougher to treat.

“While aspirin is an effective drug for the prevention of clots,” says lead author Charles Campbell, “the downside of aspirin therapy is an increased tendency for bleeding. We believe the minimum effective dose should be utilized (75-81 mg).” He cautions that this is a ballpark figure and the optimum dose should be considered on a patient by patient basis.

Aspirin is the oldest “manufactured” and most commonly used drug in the world. More than 50 million people, or 36 percent of the adult population in the United States, consume 10 to 20 billion aspirin tablets each year as a prophylactic against heart attack and stroke.

“Patients should check with their doctor to be sure, but there is almost no one who needs to take more than 81 mg of aspirin a day for protection from heart attacks,” adds co-author Steven Steinhubl.

What strikes me as odd about the press release that announced these findings is the precision in the milligram values given. A drop from 325 mg to 75-81 mg comes with unnecessary precision. that additional 1 mg is less than a third of a percent of the original mass and probably way below the weight tolerances available during the manufacturing process in the first place. Moreover, many patients are told to break a whole tablet in half and take just half a day, so any kind of precision in weight measurements is lost instantly as those tablets crumble and fragments containing perhaps several milligrams of aspirin are lost.

Also in the news this week and somewhat conflicting with Steinhubl’s recommendations is the discovery that at least 300 mg of aspirin taken daily might help prevent colorectal cancer. Peter Rothwell of the University Department of Clinical Neurology, at the Radcliffe Infirmary in Oxford, UK, suggest that the benefits of taking such a large dose of aspirin in the long term outweigh the risks associated with gastrointestinal bleeding for those at high risk, such as individuals with a strong family history of the disease or other factors. This second study is published in The Lancet today, more details in the original press release.