Apparently, novichok mean newbie in Russian. That said, the nerve agents going by that name and in the news because of the attempted assassination of Sergei Skripal and his daughter were purportedly developed in the 1970s. Although their precise chemical structures are not known, it is known that that are organophosphate compounds that stop the breakdown of acetylcholine (the same mechanism by which organophosphate pesticides work). This leads to excessive sweating, increased tear and mucus production, bronchoconstriction, nausea and vomiting, gastric pain, spasms, incontinence, and ultimately coma and death. Andy Brunning of Compound Interest fame has the full infographic. 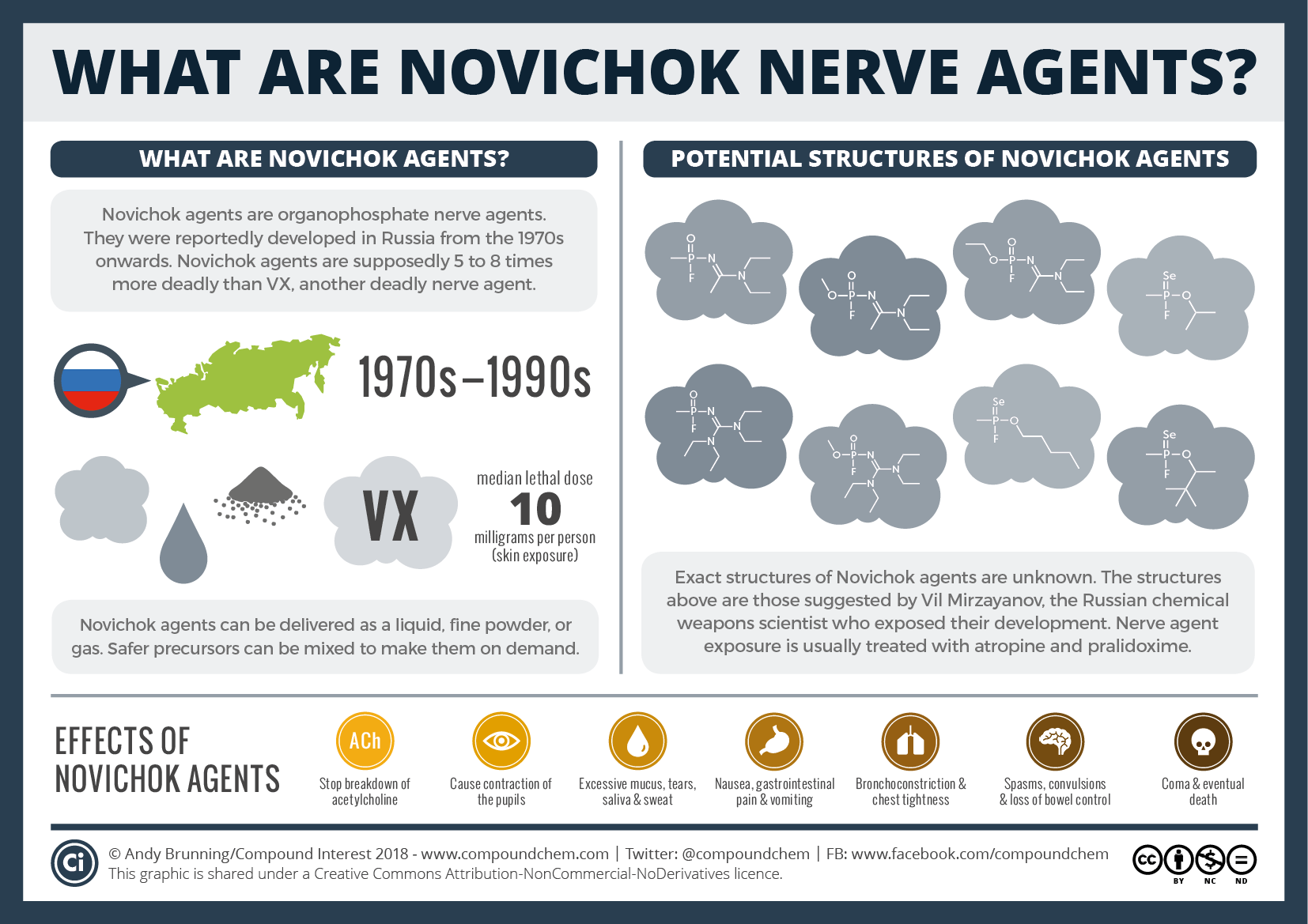