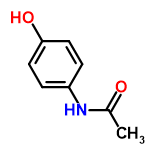 A press release just in announced that “Paracetamol, one of most used analgesics, could slow down bone growth”. In vitro tests apparently demonstrated that the compound slows bone regeneration in the proverbial test-tube.

The press release writer missed a serious trick in using the word paracetamol throughout and not mentioning some of the proprietary formulations of the analgesic, which include the far more familiar names Tylenol, Acetaminofen, Acetaminophen, and Amadil, it may be picked up by the US media with that name, but I suspect a headline mentioning Tylenol would be a far stronger grab.

Olga GarcÃ­a MartÃ­nez of the Departamento de Enfermeria at the University of Granada and colleagues based their analysis on several clinical processes in which accelerating bone growth is required. “Certain anti-inflammatories such as paracetamol should be cautiously taken, especially in situations in which require a rapid bone tissue regeneration, such as after placement of a prosthesis or dental implant is needed,” she says. Other anti-inflammatories that have no such effect on bone growth should be used instead.

The research has not been confirmed in people yet, but somehow the tests on isolated osteoblasts are taken as definitive evidence that the drug will slow bone regeneration in vivo.