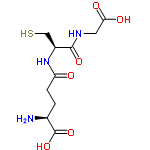 Could a simple dietary change that increases glutathione, or indeed supplementation with this tripeptide be all you need to boost your immune system and ward of influenza?

Evidence mounted for glutathione itself in 2000, when Emory University researchers led by Dean Jones reported that a lozenge or oral spray containing glutathione might help prevent infection with influenza. Trials in humans had not been carried out but details were reported in Free Radical Biology and Medicine and elsewhere.

If glutathione is actually effective against influenza infection, and it may well not be, then it would presumably have to be present at the infection site – mouth and nose and upper respiratory tract. No definitive clinical trials have proven efficacy one way or the other yet.